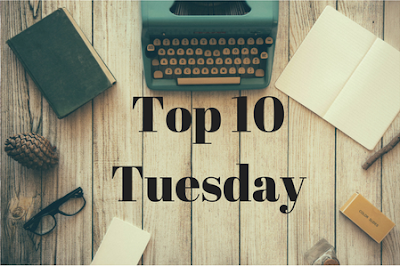 So if you've been reading my blog for a while you may know that I started my blog in 2015 but didn't start posting until 2016. So I started my Goodreads in 2014 so I thought it would be fun to go back through the books I read that year and choose my 10 favourites from that year. While looking through those books I became so nostalgic for 2014. I had no responsibilities. I read so many books. It was great I had such a fun time. I'll also probably do one of these for 2015, so look out for that! I had so many books I wanted on this list so I'm going to start off the list with some Honorable Mentions.

I read Bully the same year, but I found that I loved Rival just a little bit more. Penelope Douglas is definitely one of those authors that have just gotten better and better with time.

This was the final book in the Lux series. While it wasn't my favourite from the series, it definitely holds a sentimental place in my heart. I do however hate that this cover doesn't match the rest of the series.

Another Jennifer L. Armentrout book. This was such a good first book. It had me wanting to binge the rest of the series and I did.

The Art of Seducing a Naked Werewolf

This was such a fun paranormal romance novel. If you like strong female leads, werewolves, and cute human men who look like Vikings and act like smart idiots, this is a good book for you.
Now onto the actual list!

This was the perfect conclusion to this trilogy. If you haven't read the Lovely Vicious series yet, you definitely should. I believe the names were changed so don't be surprised if you can't find Brutal Precious anywhere. It's just because they changed the name. Just a perfect enemies-to-lovers trilogy. Sara Wolf is so funny. She writes the best main characters.

This isn't my favourite of the series, but it was still a very good book. Kricket is just the coolest main character. I loved the world-building and just understanding who and what she was. If you are interested in a sci-fi novel that isn't too heavily sciency this one is perfect.

This book was so perfect. It was the perfect ending to one of my favourite book series'. I haven't mentioned this story in a while, but when this book first came out I remember going to the bookstore right after school hoping that they would have it in and low and behold, they did. I didn't realize at the time how embarrassing this was, but when I walked in and saw the book front and centre, I kind of squealed really loudly and ran and grabbed one. There were two ladies in front of me who thought it was hilarious. I'm old enough now with enough self-awareness to remember that and be embarrassed as shit. It's okay I was fourteen, it probably wasn't the most embarrassing thing I've done.

After reading the Shining I didn't think I'd really be interested in a sequel. I decided to pick it up and when I started reading it I couldn't stop. This was so much better than the original book. If you've read the Shining and haven't read Doctor Sleep I would highly recommend giving it a read.

I started reading this one on a whim. I've had a past issue of having a hard time reading classics. I didn't expect to read this one and not be able to stop. I read this while I was at Niagra Falls with my family. My aunt was salty with me for reading instead of seeing the sights. I have no regrets.

5. The Unbecoming of Mara Dyer

I mentioned this in a recent post, but this was such an amazing book. It took me a single afternoon to read this one while I was waiting for my sister to finish her Rugby game after school. I just remember immediately after the game when I had finished my book I had convinced my mom to stop at Chapters so I could quickly buy the next book. No regrets. That one also only took me maybe one day to read. I would do it again. Just an amazing book and if you haven't already read it I would highly recommend it.

I've talked about this one a lot already so I won't drone on too long about it. This book was a perfect mixture of magic and romance.

I've mentioned how excited I was for this book to come out. I didn't think she was ever going to write this book and then she did and I was over the moon. I wanted to go get it the day it came out, we had actually gone to the beach that day and stopped by the book store the day it released. Unfortunately, I'm Canadian and sometimes new releases aren't in bookstores on release day so I had to wait. I did get it the next day and I remember lying in bed on my stomach reading it because my back was completely sunburnt. Good times.

2. The Sea of Tranquility

This book really wrecked my soul. This is a romance novel, but it isn't just that. It's about life and death and grief. It leaves off kind of on a cliffhanger in that you don't really know if they end up together. It seems like they might, but we don't really know. If I could choose one book to have a sequel it would be this one.

This is one of my favourite books of all time. I remember I had to read this for school, I had read the first two chapters in school and I liked it enough. Then that night when I went home I decided to get ahead on readings, so I started reading it and then I didn't stop until I had finished it. This is just such an amazing book. If you haven't read this one yet, I think it's a pretty essential read.
Feel free to add me on social media! And you can follow my blog in the sidebar to be notified when I post!
Follow @Bookballistic0