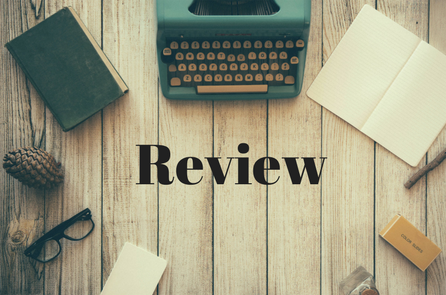 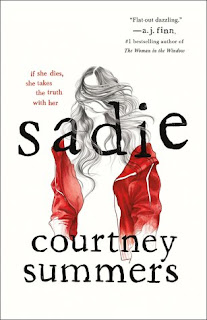 A missing girl on a journey of revenge and a Serial-like podcast following the clues she's left behind.

Sadie hasn't had an easy life. Growing up on her own, she's been raising her sister Mattie in an isolated small town, trying her best to provide a normal life and keep their heads above water.

But when Mattie is found dead, Sadie's entire world crumbles. After a somewhat botched police investigation, Sadie is determined to bring her sister's killer to justice and hits the road following a few meager clues to find him.

When West McCray—a radio personality working on a segment about small, forgotten towns in America—overhears Sadie's story at a local gas station, he becomes obsessed with finding the missing girl. He starts his own podcast as he tracks Sadie's journey, trying to figure out what happened, hoping to find her before it's too late.

Courtney Summers has written the breakout book of her career. Sadie is propulsive and harrowing and will keep you riveted until the last page.

I gave this story 4.5 stars. It was a wild ride. One of the only thriller/mystery novels I truly enjoyed. It’s heartbreaking and exhilarating all at once.

One of the genres I have a harder time reading is mystery/thrillers. They can be pretty hit or miss for me. Sadie was a hit. The way the story was told, half through Sadie’s perspective and half through a podcast.

True Crime is one of my favorite topics. I love watching documentaries and reading up on them, just looking at all the facts and trying to see if I can come to some sort of conclusion. Or just being along for the ride. If you are also interested in that kind of stuff, then I would recommend you read Sadie.

Our book centers around a girl, Sadie, obviously. Her sister has just been murdered, the investigation was botched, and Sadie is now on the warpath. She knows who killed her sister and she a plan, but first she needs to find him.

This book successfully did what a lot of other books like it could not. I felt a deep connection to the characters and their story, a lot of the time when I read thrillers/mysteries, the characters are all horrible and I have a hard time respecting any of them or feeling basic emotions for their stories. Sadie really had a very grounded feeling.

I personally don’t actually listen to podcasts, they just aren’t my thing. This story is written for people that do enjoy podcasts and even some that don’t. I’m not going start listening to podcasts, don’t get me wrong, but I did enjoy the freshness that the podcast brought. It added in many angles for the reader. It wasn’t just what Sadie had to say, it’s what everything looked like from the outside. It was these people that were affected by the story trying to piece together what exactly happened. It showed the after effects that Sadie never saw.

The ending is really up for interpretation, but at the same time, I feel like we all know what happened. It really depends on if you’re more of an optimist or a pessimist.

If you're interested in reading this, it's out today!